You are here: Home / Tips / Fix It / How to Fix a Rusted Paper Punch

I came across an old paper punch that had belonged to my folks. 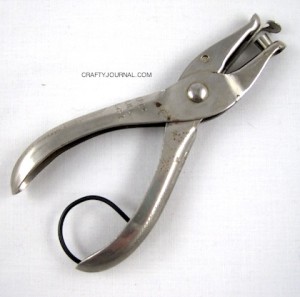 It had been around for quite a while, and because it was old, it was a very well made tool. 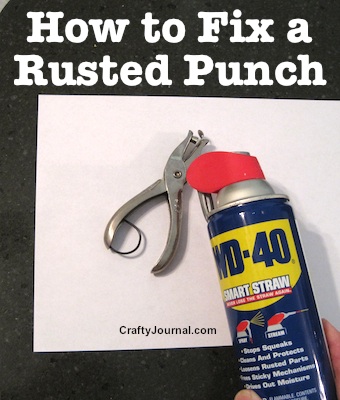 But, unfortunately, it had rusted some on the inside, and when I squeezed it shut it stayed that way. I had to pry it open again to release it.

I was going to dispose of it, but because it was such a quality tool I was reluctant to let it go. 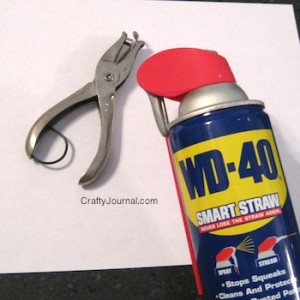 So I decided to see what WD40 would do for it.

I sprayed it on both sides, everywhere around the hinged part where 2 surfaces moved together. 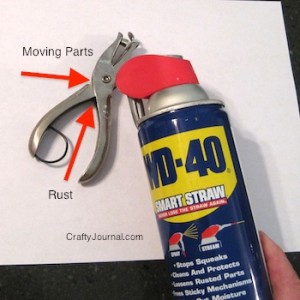 Then I sprayed up inside the handle where the spring mechanism had rusted.

Then I used a paper towel to wipe the tool thoroughly inside and out, wherever I could reach – to remove the oil.

To be sure the edges were sharp, I folded a piece of aluminum foil several times and punched it full of holes.

Now the punch works perfectly, and it just feels better in my hand than the newer ones do.

I had already put this 3 hole punch in the Goodwill bag, and it had not yet been taken there when I spied it. 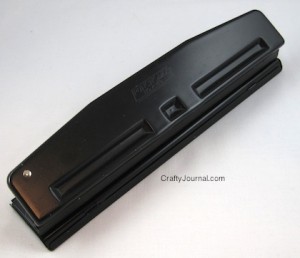 The handle on this punch would not even move at all when I tried to punch with it, and I would attempt to use it periodically.

Finally I decided there was something severely wrong that I couldn’t fix.

After my success with the other punch, I decided to see what WD40 would do for this 3 hole punch. 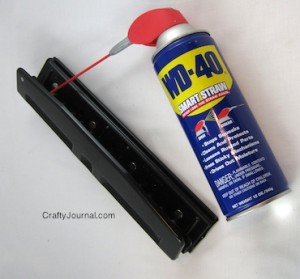 I sprayed around each area where there was a hole punch and let it sit a minute or two.  Then I pressed the handle down – and it worked beautifully. 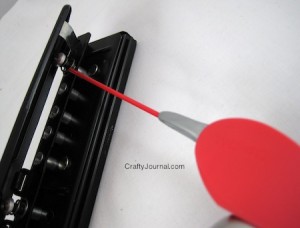 I worked the handle several times to work the WD40 through it and then carefully wiped off all the excess with a paper towel.

Then I folded a piece of aluminum foil 2 or 3 times and punched it several times. Perfect!

And now I have a useable 3 hole punch again!

How to Sharpen a Paper Punch.

How to Sharpen Decorative Edge Scissors. 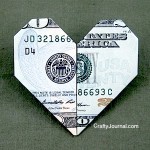