You are here: Home / Tips / Fix It / How to Remove Furniture Dents from Carpet

Recently I decided to move a heavy bookcase from where it had been sitting for several years.

Once the bookcase was gone, there remained a deep imprint in the flattened carpet fibers where the bottom edges of the bookcase had been sitting.

I had read about using ice cubes to rejuvenate dents in carpeting, so I decided to try it.

I laid ice cubes end to end in the carpet dent and left them for several hours to melt and fluff the carpet fibers.

Apparently what happens is that when the carpet fibers absorb the moisture, they swell back up and lose their flatness.

When I returned – after about 4 hours – I used my fingers to stir up the damp flat fibers. 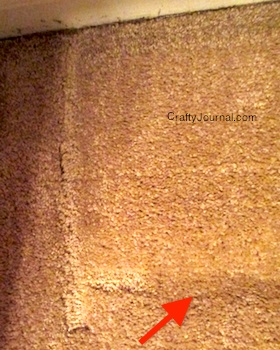 After I saw the results, I was amazed at how well it had worked.

The red arrow below points to the left edge of where the bookcase dent was, and you can clearly see how much better it looks than the right half that hasn’t been worked on.

Don’t set anything on the area before the damp part of the carpet has had a chance to dry completely. 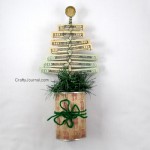