You are here: Home / Halloween / Peek A Boo Frankie

Frankie is always a Halloween favorite, and a peek a boo Frankie is a fun idea for kids. 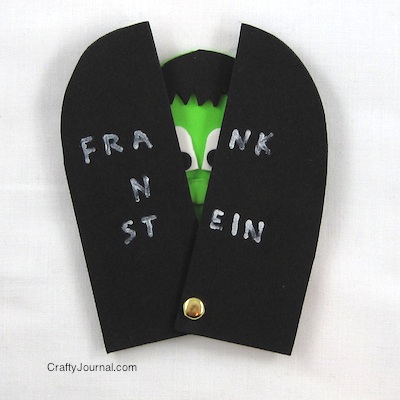 He can be made with card stock or craft foam, but craft foam would be sturdier and take more of a beating. 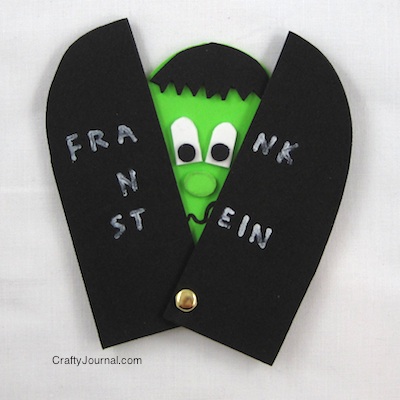 How to Make Peek A Boo Frankie. 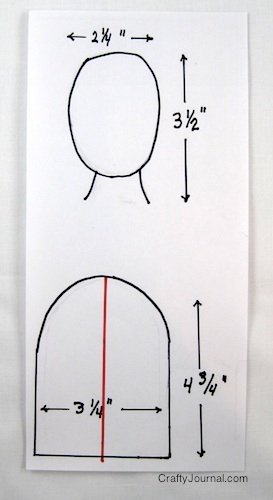 Be sure the gravestone is large enough to completely conceal Frankie when it is closed and overlapped. (An inch to 1 1/2 inches wider than Frankie’s head.)

2. Trace the patterns onto the craft foam. 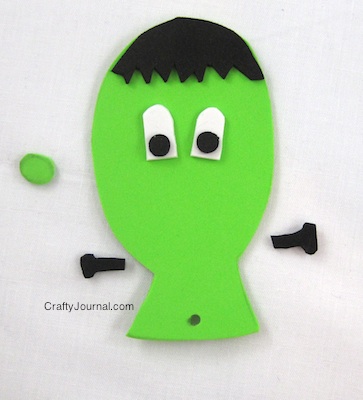 Cut out. Cut the gravestone down the center where the red line on the template shows. 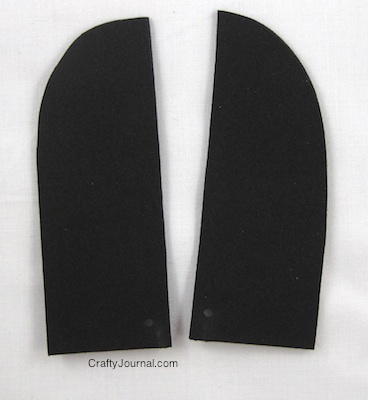 3. Make Frankie’s face. Use wiggly eyes or create some from bits of craft foam.

Make an oval from green for his nose. Cut out. Use a pencil or light dusting of ink around the edge to shade it. 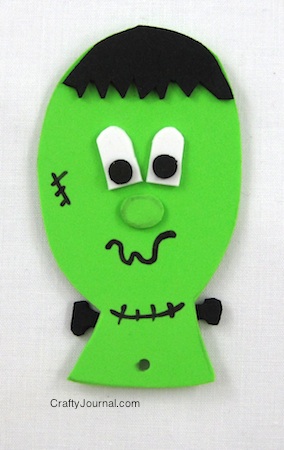 Place the eyes fairly close together and the nose just under them. Leave enough room at the top of the face for Frankie’s hair.

Draw his mouth with a Sharpie.

Add a scar or two. Make the stitches uneven.

4. Make 2 bolts for his neck, leaving the ends long enough to attach to the back.

5. Cut out a fringe of hair for Frankie, and attach it.

6. Write Frankie’s name or other message on the tombstone.

I used a white, oil based Sharpie, found in the art department in Hobby Lobby.

7. Punch a small hole in the center of the base of Frankie’s neck. 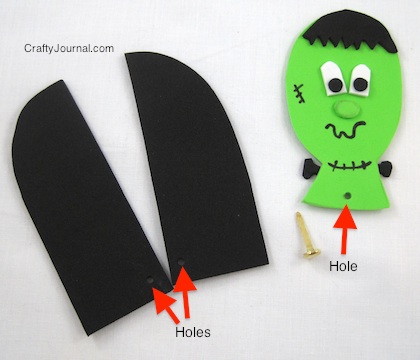 Lay the gravestone pieces over the neck hole and mark where the holes should be in each of them. 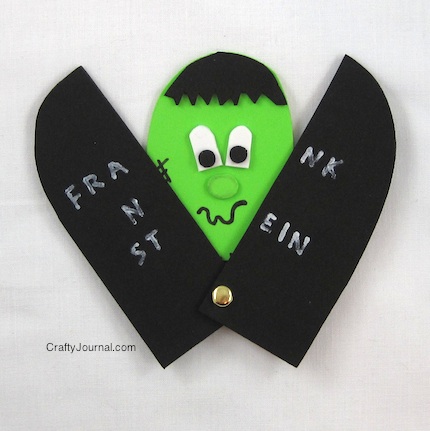 Don’t close the brad too tightly as you want the gravestone to be able to slide open and shut.

Of course, very young children need to be supervised when using anything with small parts.

If card stock is used it would be a good idea to glue an extra small square or circle of it  on the back side where the hole is, to keep the hole from tearing out immediately.

Gray would also be a good color for the gravestone, and you could then use a black Sharpie to write on it. 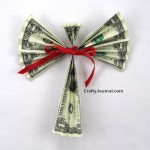