You are here: Home / Gifts / Kids Gifts / All Kids / Money Gift in a Paper Frame

Frame your favorite president’s face to make a clever money gift in a paper frame. 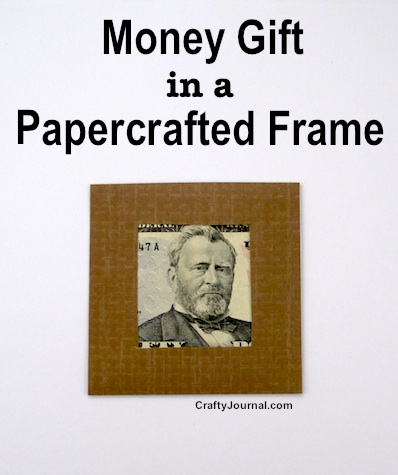 I presented this gift with a tag that said, “I thought you might like to have a photo of Ulysses S. Grant.” Of course, you would use the name of whatever president was on the money.

The frame is easy to make, and if you need several, do them in assembly line fashion and they’ll be quickly finished. 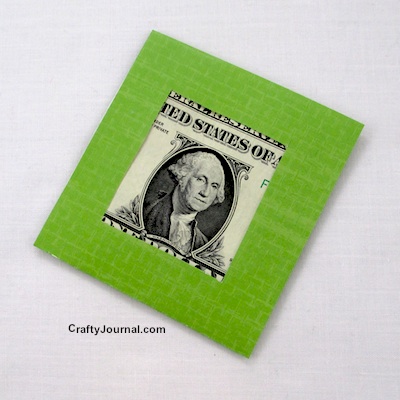 This money gift idea would be fun for anyone. 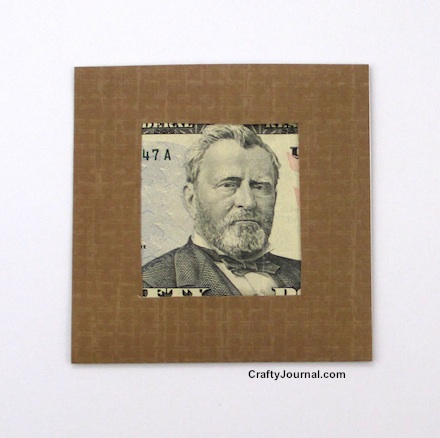 You could even make a few extra frames and store them flat until you need them.

Plain Colored Paper that looks good with the money.

How to Make a Money Gift in a Paper Frame. 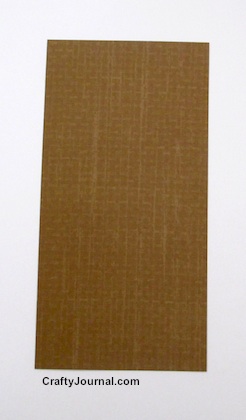 2. On the inside of one half draw a line 3/4 of an inch in from each side, and from the fold line – so that you have a 2 inch square in the center. 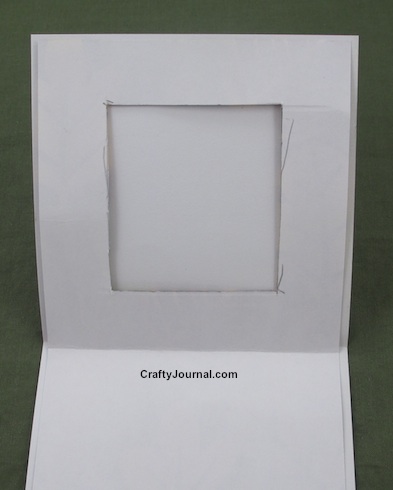 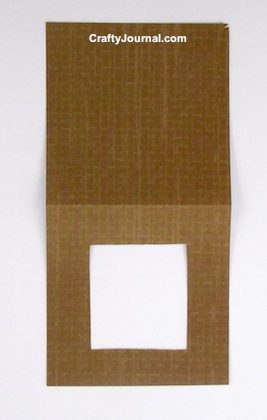 4. Fold the money in from each side so that the face on the front is centered. Crease the folds. 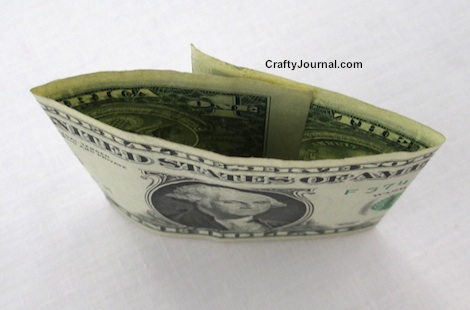 You will need to fold in a different amount on the sides for different denominations of money. 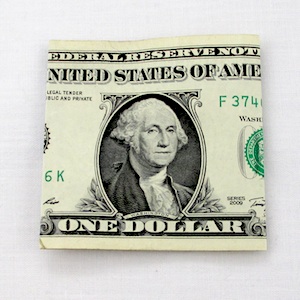 The folded money should be just a little more than 2 1/2 inches high and 2 3/4 inches wide.

5. On the frame half without the window, put a narrow row of double sided tape down each side. 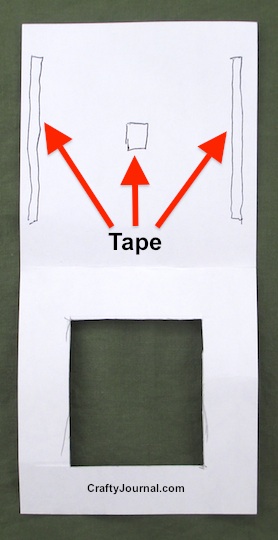 Put a small amount of double sided tape in the middle of this half.

6. Center the money in the middle of the taped half, with the bottom of the money toward the fold in the frame. 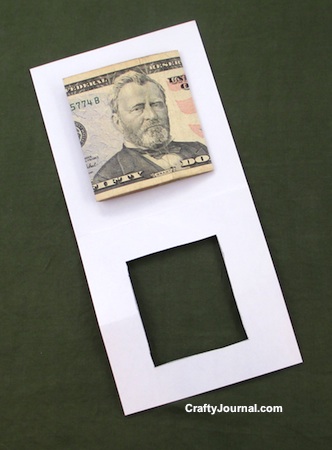 When it’s centered, press the center of the bill to adhere it to the tape in the middle.

7. Fold the open or frame half over the money and adhere it to the tape on the other half. 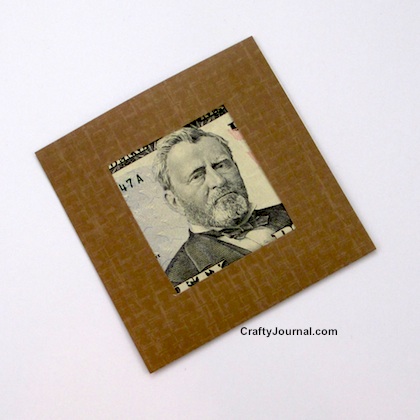 8. Enclose the framed money in an envelope with this comment attached, “I thought you might like to have a photo of Andrew Jackson” (or whoever is on the money). 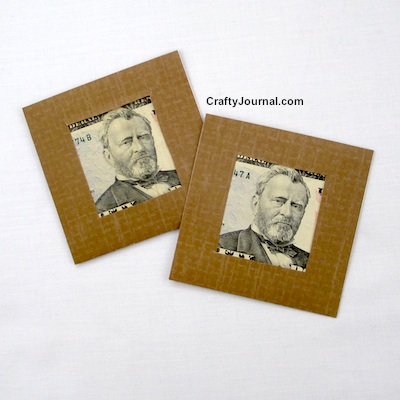 Everyone will love receiving a money gift in a paper frame for any occasion. 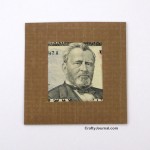