A milk jug flag is a fun and easy Patriotic craft for kids to make. And after they’re finished, the kids can wave them in celebration. 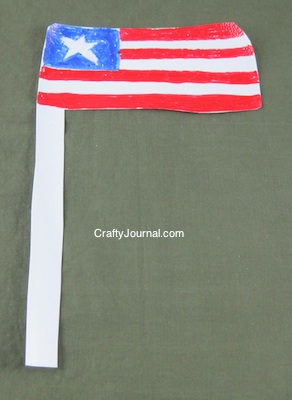 A craft table can be set up for kids, with milk jug panels for the kids to cut out, or with flags, flowers, and fans already cut out, waiting to be decorated.

You can get 6 flags out of one milk jug if you experiment a little with how you lay them on the jug. And if you don’t mind that the flag part doesn’t lay perfectly flat.

Because of the size of these flags, you can only put 7 stripes on them, and one large star in the blue area. 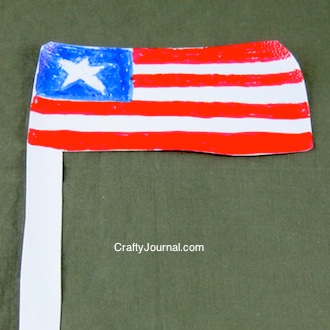 However, you could use the one large flat side of the jug to make a larger flag without the stick or flag pole.

This would be a great idea to help kids learn the flags of the world. They could make a new flag for each different country.

And since they are small, they could easily be stored.

Sharpies or other Permanent Markers

How to make a Milk Jug Flag.

1. Remove the label and wash the milk jug. Let dry.

2. Draw a flag with a stick handle on the milk jug. 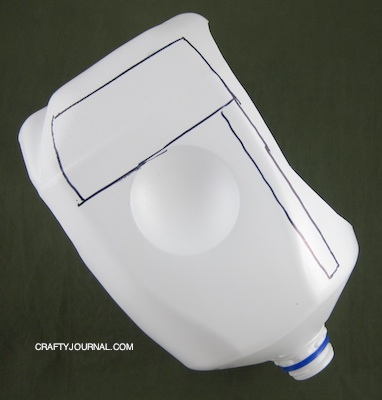 I just drew it free hand, but you could make a pattern if you need to.

To fit the flag on the jug, I drew it in the reverse of how I wanted it, so to use it I just turned it over and colored the other side. 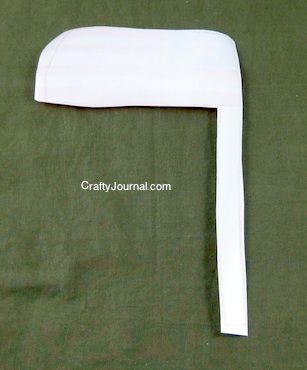 4. Turn the flag so that the blue will be in the upper left corner.

Draw a blue line where the blue will be.

5. Draw a star in the center of the blue area with the blue marker.

Then fill in the blue area outside the star, and to where the blue edge is.

Add 2 more red stripes between the first 2, trying to make the red and white stripes about the same width. 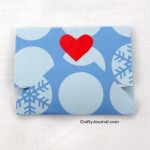 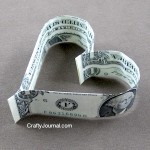