You are here: Home / Tips / Household Tips / Clean Your Oven Without Scrubbing

A friend moved into a place that was in really bad shape, and she asked for ideas on how to clean it. 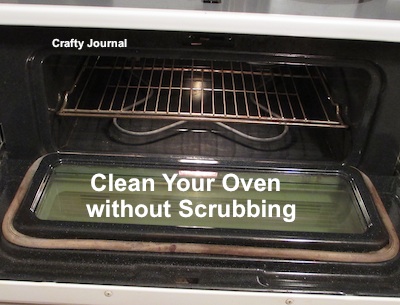 The oven was awful, but she didn’t want to have to spend hours trying to scrub it. 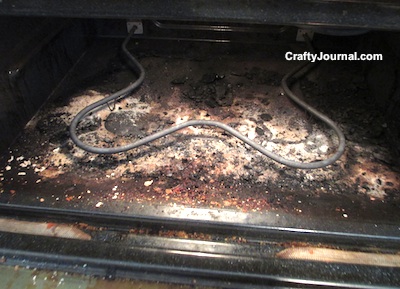 So we tried a trick that I had done before. And this was the result. 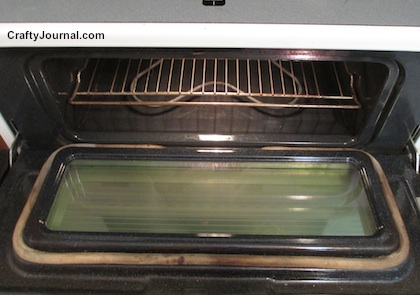 Look at the window. We had a job ahead of us! 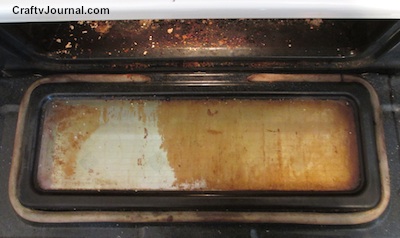 How We Cleaned the Oven Without Scrubbing.

1. First, we bought a small dust pan with a whisk broom at the Dollar Store. 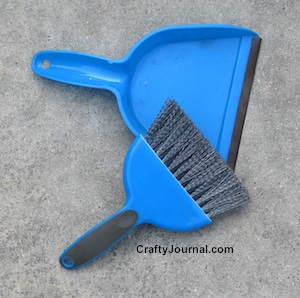 We wanted a dust pan that hadn’t been used on the floor since this one would be used in the oven.

We were able to raise the front of the heating element since it is hinged at the back, and we swept out all the loose crumbs.

We used a hard plastic scraper to loosen whatever crusty stuff that we could.

3. Wet an old bath towel and wring it out. Place the towel in the microwave for 30 or 40 seconds until it’s good and warm.

4. Place the wet towel on the bottom rack and pour about a cup of ammonia over it. 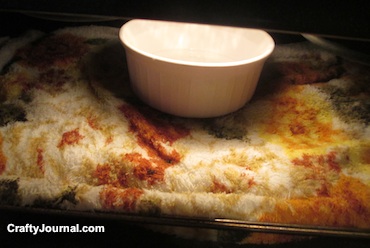 5. Place a shallow glass bowl about half full of ammonia on the top rack and close the oven door.

I show the bowl sitting directly on the towel because this was a small top oven with only one rack, so I improvised.

6. With damp rags, block all the places the oven vents air. If the ammonia smells strong, you’ve missed a vent.

7. Leave the oven alone for several hours or overnight.

8. When you’re ready to clean the oven, remove the racks, the towel and the bowl of ammonia. And don’t forget to remove the rags from the vent holes.

Use paper towels to wipe out the worst of the sludge. Have a trash bag handy to receive the used paper towels.

When you’ve removed most of the black, use a wet rag with Dawn dish soap to finish cleaning.

The oven was so bad we had to repeat the process, and we didn’t do the Dawn dish soap until after the second ammonia session.

There were a couple of places that we rubbed lightly with baking soda, but we didn’t scrub at all.

It did take us a bit of time to wipe out all the black stuff after the ammonia did its job, but there was a LOT of stuff to remove!

Can you believe how clean the oven is!? And we did it all without scrubbing.

Caution: Do NOT combine the ammonia with anything, just use plain ammonia.

Because ammonia has strong fumes, you may want to wear eye protection, a mask, and rubber gloves. 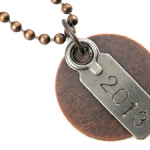