4th of July games are a great part of celebrating the holiday.

Now others have come up with some great ideas for family and community fun.

It’s generally a good idea for adults to be on hand during these 4th of July games. And there is no reason why the adults can’t join in. It makes more fun for everyone!

Print this American memory game on cardstock and laminate it, or mount on cardboard.

Print these patriotic dominoes for the kids to use on the 4th of July.

Use cardboard or a thin board to make the game board for the Fight for Independence Game, and 20 cardboard circles (or recycled bottle caps) to make a fun game for the whole family.

Craft a Stars and Stripes game box with a star shaped paper mache box and paint.

Check out these ideas for fun old-fashioned 4th of July games.

Use colored electrical tape to make stripes on milk jugs cut to catch balls. Ball catchers are great fun for the younger crowd, or have a contest.

To set up 4th of July bowling, recycle 12 water or soda bottles and use waffle balls to bowl with. Paint a board with stripes and stars to set the bottles on.

Paint a piece of plywood and large coffee cans to make a firecracker bean bag toss.

Another version of a bean bag toss, using star shaped bean bags and a large box with holes cut in it.

Tape balloons to a painted board to make a 4th of July balloon dart game and throw darts to pop the balloons. Children should be supervised.

With recycled soda bottles, diving rings from the store and a colorful painted board, you can make a fun 4th of July Ring Toss game.

Other 4th of July Fun

Pinwheels are always fun. Let the kids help make these in red, white, and blue for everyone to celebrate with.

Make handheld ribbon streamers with paper towel tubes and ribbons. Perfect for kids at parades or the July 4th barbeque.

You will need wire cutters and an electric drill to make patriotic bubble wands with wire and spray paint.

Recycle 2 large cans and paint them red, white and blue. Tie a length of narrow rope to each one for handles and walk on these can-do stilts. 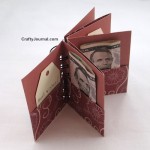 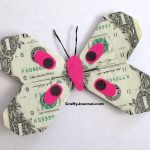