You are here: Home / Recycled / Cereal Box / Cardboard Safety Sheath for a Knife

A cardboard safety sheath for a knife is very handy, not only to protect the blade of the knife, but to protect your fingers from the blade. 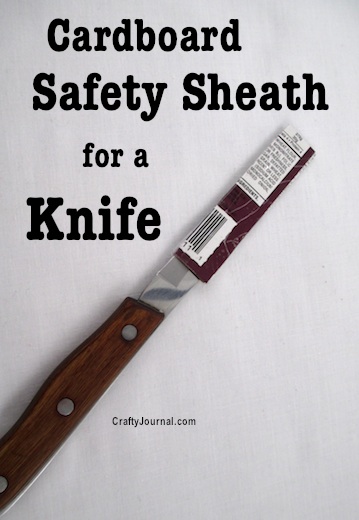 The first time I made one was when we were going on a trip and I wanted to make sure no one was cut with the knife we needed to take along. 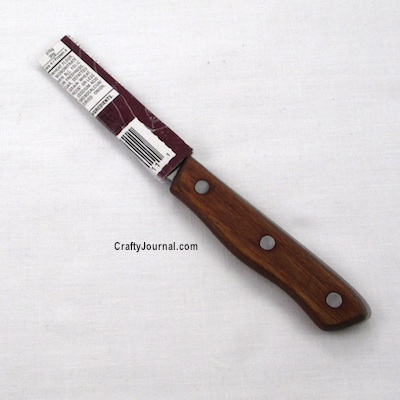 I also keep an old knife in my tool box, and without the sheath I have to be very careful while rummaging for a tool.

And if someone else were to reach into my tool box, they might not be expecting to find a sharp knife there. So it’s a good idea to keep the blade covered.

The materials are free, and the sheath is easy to make, so whenever I need a new one, it isn’t a problem.

How to Make a Cardboard Safety Sheath for a Knife.

1. Measure the width of the knife at the widest part. Mine is a little over 1/2 inch.

For length, the cardboard needs to be at least 1/2 inch longer than the knife blade.

3. Starting from right to left, I allow a 1/2 inch flap to fold part way over the knife. Then I marked another 3/4 inch for the width of the knife and a little wiggle room. 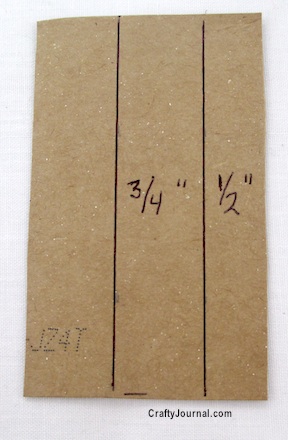 You need the wiggle room to allow for the depth of the knife. 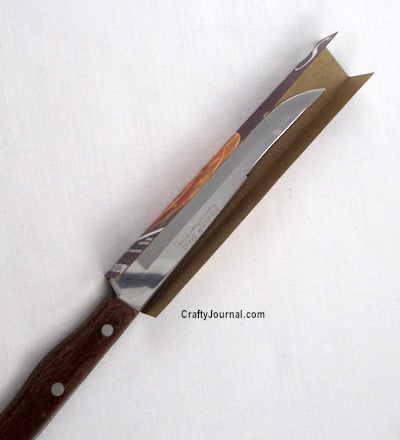 4. To score the lines for folding, lay a ruler along the score line, and use the dull side of the knife tip to gently mark the score. 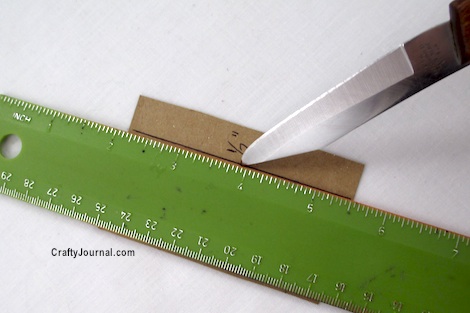 5. After scoring both lines, gently fold on the score lines toward the inside of the cracker box piece.

6. Prepare a piece of packing tape the length of, or a little longer than, the knife sheath.

7. Fold the cardboard over the knife blade and hold the edges tightly together while you place the packing tape on it. 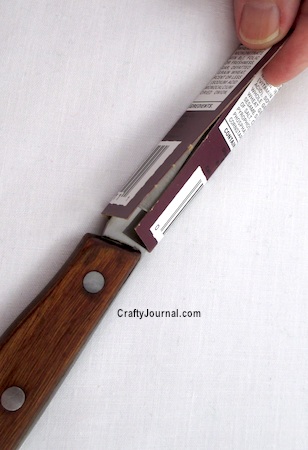 Wrap the tape around the sheath as many times as it takes to use up the tape.

Cut off any tape that over hangs the ends.

Slip the knife into the sheath and it should be a pretty snug fit. 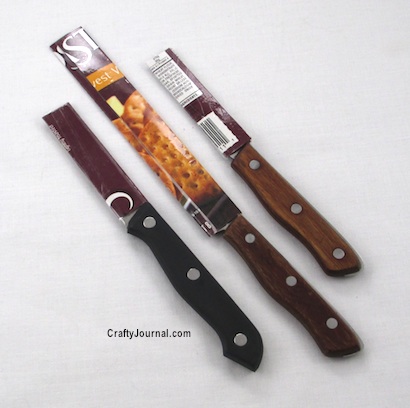 If you are going to use the sheath over and over – such as while you are traveling – be sure to wash the knife so it is thoroughly clean before replacing it in the sheath.

If you put a dirty knife in the sheath, the sheath cannot safely be reused for food. 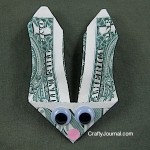