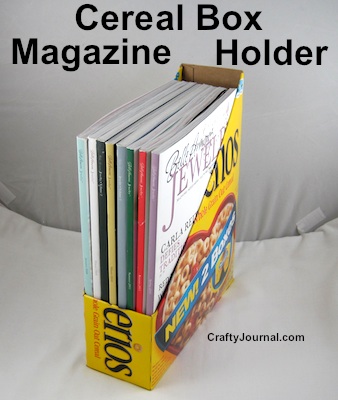 When you’ve been crafting for a while you start to accumulate magazines, and eventually you need a place to keep them. 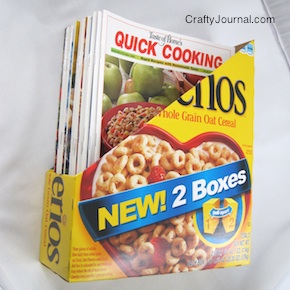 Recycling your cereal boxes to make magazine files helps you be green as well as creative. And it’s a great way to store and preserve your issues.

These would be handy for holding kid’s picture books, too. 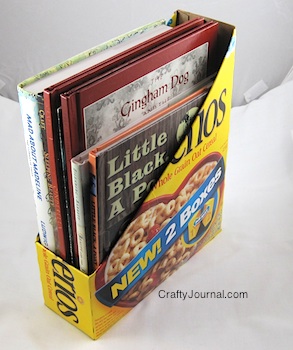 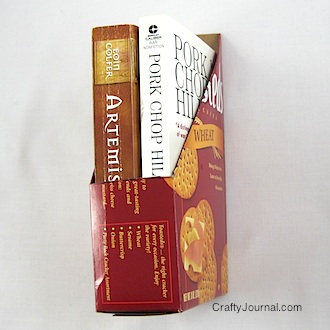 These magazine holders are quick and easy to make, and you can make them any size for any magazine.

All you need to do is find a box about the size of the magazine you want to store.

I used a small cracker box for the tutorial because a small box is easier to photograph, but the method is the same for any size box.

How to Make a Cereal Box Magazine Holder.

1. Cut the top flaps off the empty box. 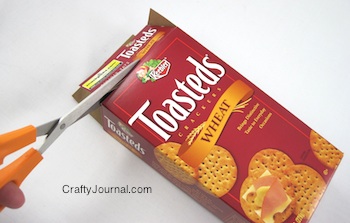 2. On one end of the box measure up 3 to 5 inches from the bottom and draw a line across. 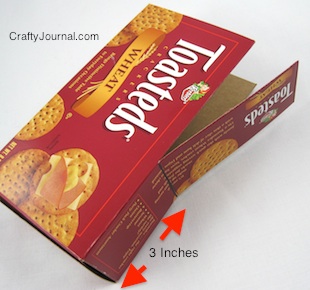 Cut out the piece of the box above the line. 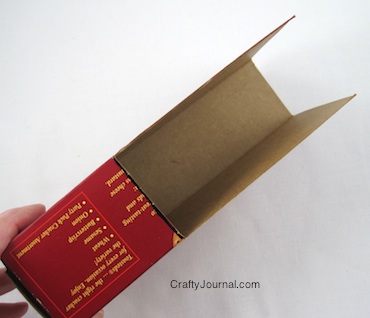 3. Draw a light line from where you cut off the panel to the opposite top corner. 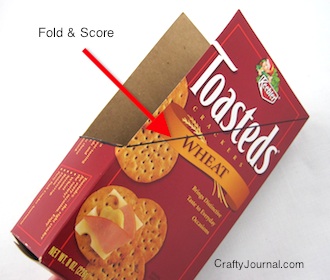 Score firmly on this line.

4. Fold the diagonal flap to the inside along the score line. 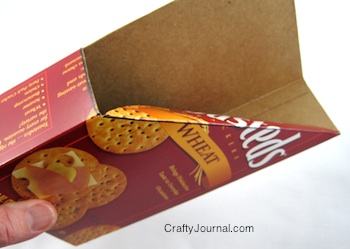 Crease firmly to make the flap lie as flat as possible.

On smaller boxes the flap is sometimes too large to fit. So fold it in and crease where there is an excess of cardboard and cut this piece off. Trim until it fits. 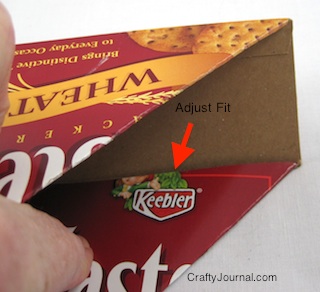 6. Working with one flap at a time, fold it out and put white glue on the inside of the flap.

Fold the flap back in and put weights on it to make sure the flap adheres to the inside of the box.

7. After 30 minutes, turn the box over and glue the other flap to the inside.

Let dry for about 30 minutes. Folding and gluing the flap makes a sturdier box than cutting the flap off.

The cereal box magazine holder is ready to be used. 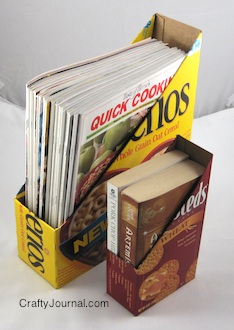 These will line up nicely on a book shelf, and may be covered with decorative paper to look more attractive. 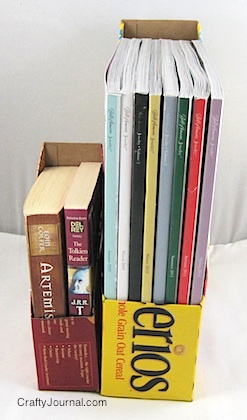 If you are going to have several of these cereal box magazine holders side by side, you only need to cover the front of the holder with decorative paper, as the sides won’t show.

And if you use these boxes to store magazines for several years, the cereal boxes will become vintage if they aren’t covered.